Since I started my doctoral program at Virginia Tech’s Urban Affairs and Planning, I have presented 11 times at nine local and international conferences. My first conference presentation was at the 57th Annual Conference of the Association of Collegiate Schools of Planning (ACSP) held in Denver, Colorado in October 2017. It was barely my second month in the program. (My adviser Professor Sanchez and I had submitted an abstract in April while I was still working at my last job in Toronto.) It was my first presentation at an academic conference. Yes, I have presented at smaller events and attended large professional conferences.

Most of my first day at this conference was spent in acquainting and orienting myself with the venue, the program, and Colorado, which I thought looked a lot like Toronto. I did not know anyone at the conference except my adviser. Being the only full-time PhD student in my department in VT’s DC-area campus, I did not even have peers at the conference. However, I was acquainted with fellow students from the Blacksburg campus through one of my WebEx-ed classes who also were in attendance at the conference. Two in particular, I bonded with and spent sometime with at the conference.

But I knew I had to make efforts to meet fellow students and professors. This was a great networking opportunity. I also genuinely take interest in meeting people and having a great chat with them anywhere. I initiated conversations and responded well those who made the first move. There were some awkward interactions but overall I considered my effort to meet people and expand my network reasonably successful. I also went to the student social organized in the second day, alone. I was determined to make a meaningful or two relationships out of my attendance. Happy to report that I did! I met Eva, a postdoc from a university in Michigan. We hit it off immediately. She was leaving the next morning but we had enough time to bond. We are still in contact via text. In fact, for the 58th ACSP conference in Buffalo in the following year, we shared a hotel room to reduce our conference expenses. 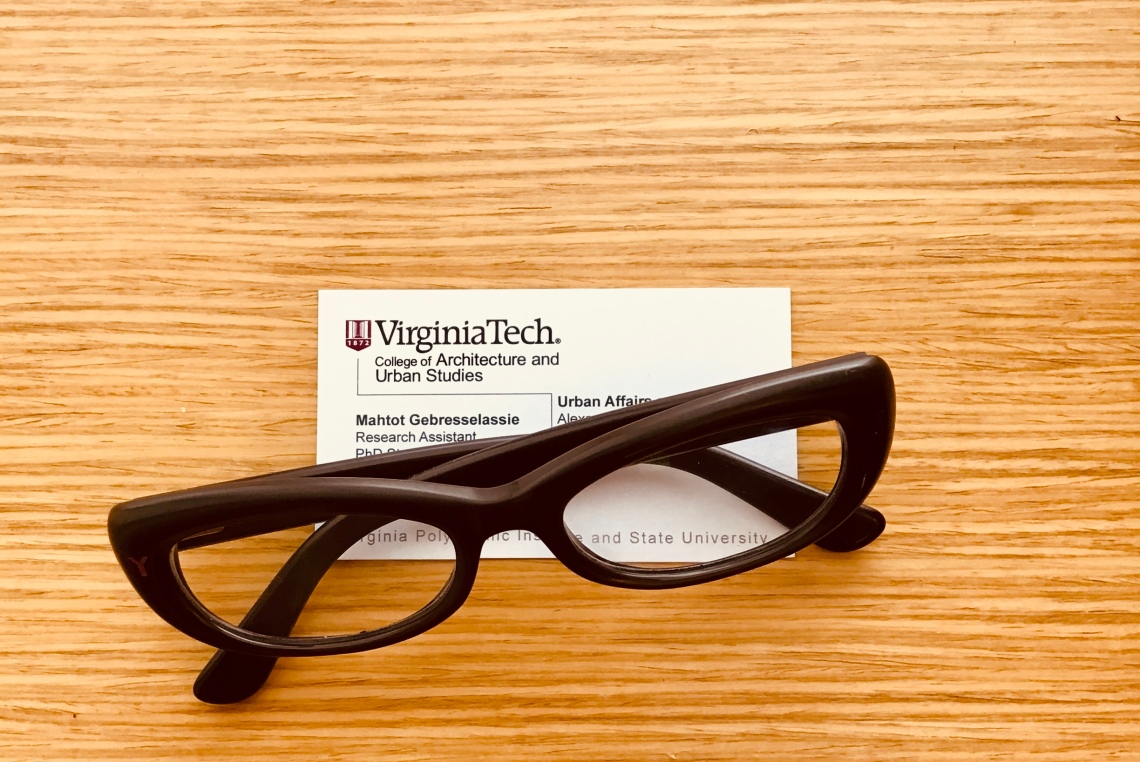 Between my first conference and now, I have met several people with which I am still in contact. With some people, I exchanged business cards; I probably will never hear from them and vice versa. Perhaps I might in the future. But, the point is to make an effort. The outcomes might be truly rewarding.

I met Megan, a doctoral student at the University of Westminster in London, at the Annual Congress of the Association of European Schools of Planning in Guthenburg, Sweden in 2018. In fact, via Twitter. We were both twitting about one of the conference themes. We exchanged direct messages and we met in-person while at the conference. Post-conference, we sporadically exchanged emails. Megan gave me great feedback on two pieces of writing. When I went to visit a family member in London last summer, Megan and I met twice and, she showed me around London as it was my first time. It was pleasant to talk about school and non-school issues with her. We also made a stop at the London Transport Museum. (We both focus on transport in our respective doctoral research.) We both shared suggestions for improvement. Very hard not to be opinionated on your areas of expertise! But I digress.

Last March, I presented at a symposium organized by The Ohio State’s Knowlton School of City and Regional Planning. I was introduced to Gala, fellow doctoral student who also works in disability area. She and I have been in contact ever since. We exchange relevant literature on our respective topics and talk about issues that affect PhDs. Over the summer, she visited DC and we had a chance to talk about our research more and discuss possible future research collaboration. Recently, we started a weekly FaceTime meetings were we take turns discussing various planning and research topics. Last Friday, it was my turn to discuss planning theory and its relevance for practice. For someone like me who is one of the few full-time doctoral students in the DC-area campus, this is invaluable.

During your next conference attendance, make an effort to meet and get to know at least one person.